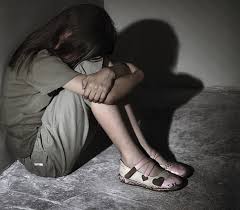 Thwarting one of the world’s fastest growing criminal enterprises—human trafficking of children for sex or forced labor—is an urgent priority of the FBI and law enforcement agencies across the country. It is also a top priority of the US Department of Homeland Security (DHS).

Playing a unique role in that effort is CCICADA, a consortium of 17 universities and private organizations that is tasked by the DHS with using big data analysis to help law enforcement agencies rescue children from the dark netherworld of flesh for money. CCICADA is a US Department of Homeland Security University Center of Excellence.

Former child sex slave Tina Frundt  wishes programs like this had been in place when she was held captive by a man named “Tiger.”

At 13, Tina was servicing 18 customers a day for Tiger, a charismatic older man who had wooed her from her Chicago home with gifts and false affection.

Threats and abuse kept her in line if she failed to earn at least $500 per day in her new home, a house of prostitution in Cleveland. She suffered scores of cigarette burns; her fingers were slammed in doors, and her arm was broken with a baseball bat.

Tina is now an advocate for children caught in sex trafficking, the world’s third largest and one of its fastest-growing criminal enterprises. Its victims number an estimated 293,000 in the US alone, most of them girls, boys and young women. In a recent example, 16 teenagers aged 13 to 17 were rescued from an explosion of sex trafficking around Super Bowl 2014 in New Jersey.

“I don’t think people understand that there can be sex slaves in the United States,” Tina says in her survivor’s story. “The reason why I’m so compelled to do this work (as an advocate) is because I’m a survivor…and quite honestly, nobody did this for me.”

An interdisciplinary faculty team at the University of Southern California’s Information Sciences Institute (ISI) heads CCICADA’s effort to defeat child sex trafficking through big data extraction and analysis. Led by principal investigator Eduard Hovy, who is now on the faculty of Carnegie Mellon University since moving from ISI, the team is at the forefront of research to employ technology to combat youth sex traffickers and to help find and free victims.

“We have had a close collaboration with the FBI for several years, and we continue to deliver results (data scoured from the Internet) to them every day,” says Eduard Hovy, co-research director on the CCICADA trafficking-prevention project.

Ironically, they are leveraging the very same tool that has allowed human sex trafficking to flourish—the Internet.

In the past, hustlers placed newspaper ads to sell sex. Now they use the ubiquitous Internet, placing millions of ads to attract Johns interested in “cute girls” and “young faces.” These organized crime groups also move their victims quickly between cities to escape detection.

It is not humanly possible for law enforcement officials to manually sort through millions of public online ads to find clues of child exploitation. But thanks to proprietary algorithms developed by CCICADA researchers, computers can quickly analyze billions of pieces of data to determine which of these ads offer children for sex. This software program and others like it sniff through the online data, looking for coded language, phone numbers, geographic locations, visual images of victims and other telltale clues.

CCICADA Co-Research Director Eduard Hovy says the technology can quickly eliminate 97 percent of online ads that are irrelevant to law enforcement’s efforts to find and rescue underage children from sexual enslavement. This greatly reduces the amount of work that law enforcement officials need to do to find possible victims.

CCICADA researchers have worked on this project with federal, state and local law enforcement agencies, including the FBI, the Los Angeles Police Department, the NJ Attorney General, the US Departments of State Justice, Microsoft’s Digital Crimes Unit, and the United Nations.

Some of this work was funded by the FBI in awards provided to ISI. “We have had a close collaboration with the FBI for more several years, and we continue to deliver results (data scoured from the Internet) to them every day,” says Hovy. “Occasionally, they request our help for specific projects, like sporting events. They are now incorporating our software with additional software into their internal computer systems.”

The FBI continues to invest a great deal of manpower and money into thwarting child sex trafficking. It is working with other agencies and using every tool at its disposal to rescue the victims. 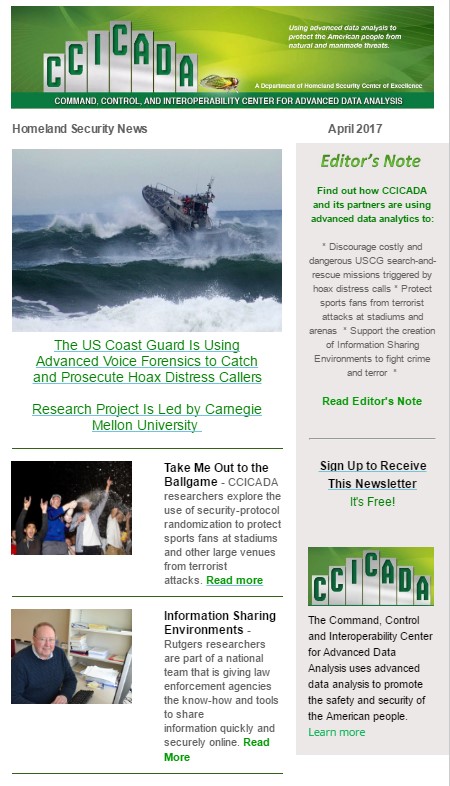